Elizabeth Moss Galleries in Falmouth, Maine is hosting seven works by Robert S. Neuman. The works span Neuman’s career, from his experiments in the 1960’s with color and form, to his later works that upended many of his long-held stylistic conventions.

We have a special look at three of these works, with insight from the expert herself: Sunne Savage, longtime art dealer and wife of the artist. 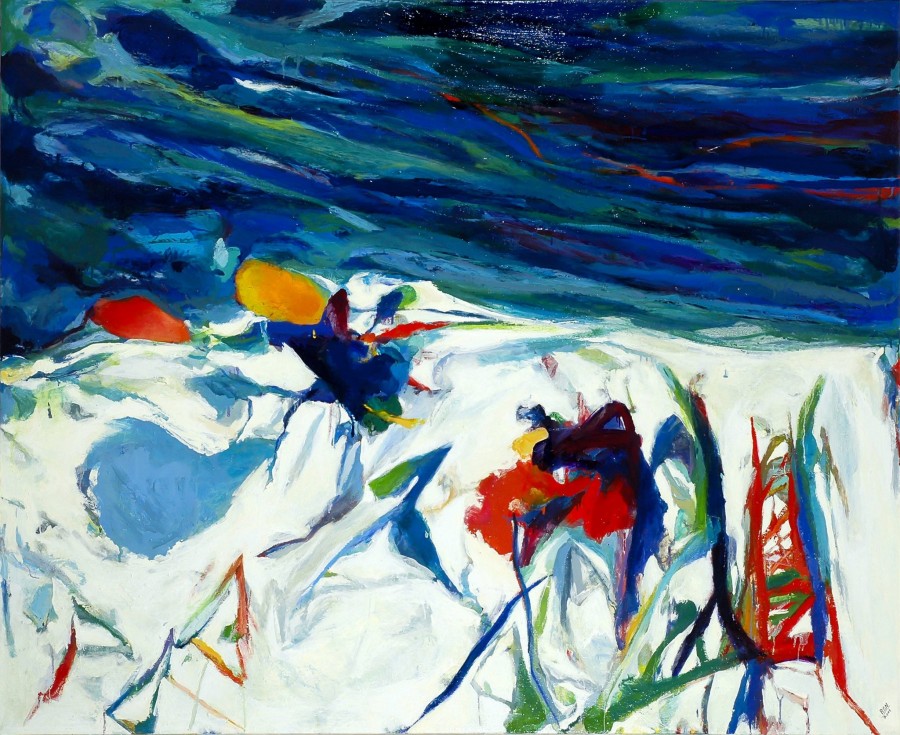 Meet Winter Storm Schoodic… In the mid-1960’s Neuman traded painting for a home in Northeast Harbor in Mount Desert Island, Maine. The natural beauty there became the inspiration for an entire series of his works entitled Monuments, but also for this abstract landscape. Sunne recalls, that summer the family would make an annual trip to Schoodic Peninsula. This remote area of Acadia National park is known for its big wave action, since there are no islands or reefs off shore to break the oncoming surf.

Whenever a Nor’easter blew through when he was at home in Massachusetts during the winter, he’d wonder what the storm looked like at Schoodic. Would the rocky coasts be veiled in ice? What color would the storm churned sea be? What detritus of Maine’s centuries long maritime economy would wash up on shore? In Winter Storm Schoodic, the artist’s imaginings find their home on canvas. 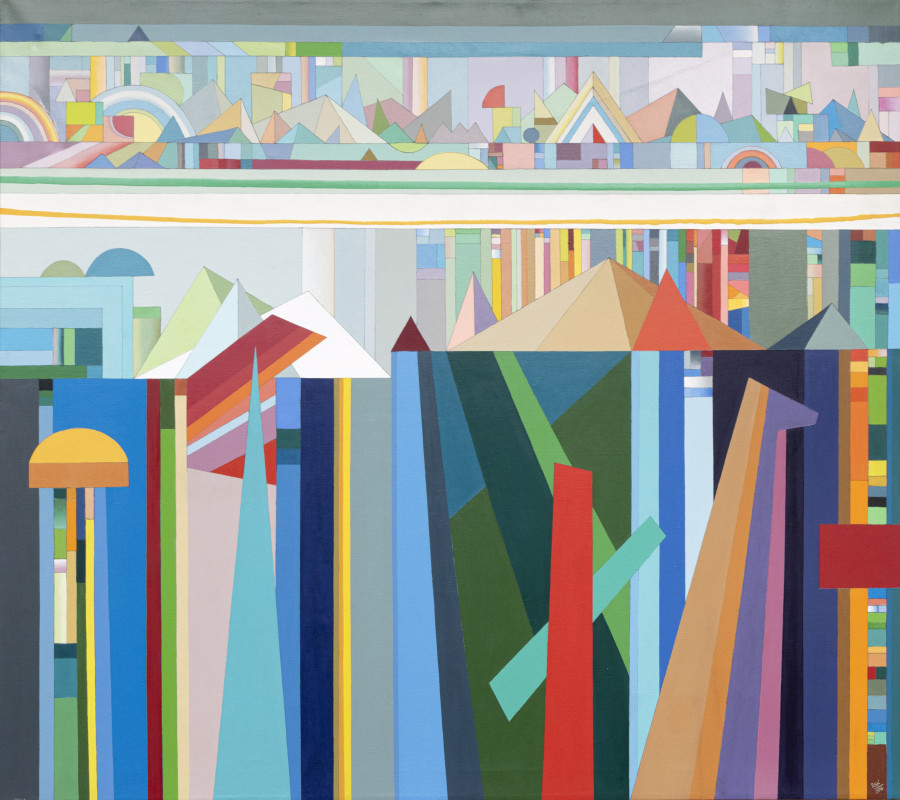 Begun in 1966, the Mirage series is an intensely linear and geometric take on abstract landscapes. They are filled with brilliantly colored triangular mountains and near-limitless geometric vistas. This was one of the first series that saw Neuman using masking tape and graphite embedded into the oil paint, two techniques that would come to define his artistic style in series like Space Signs, Voyages, Ship to Paradise, and Lame Deer. 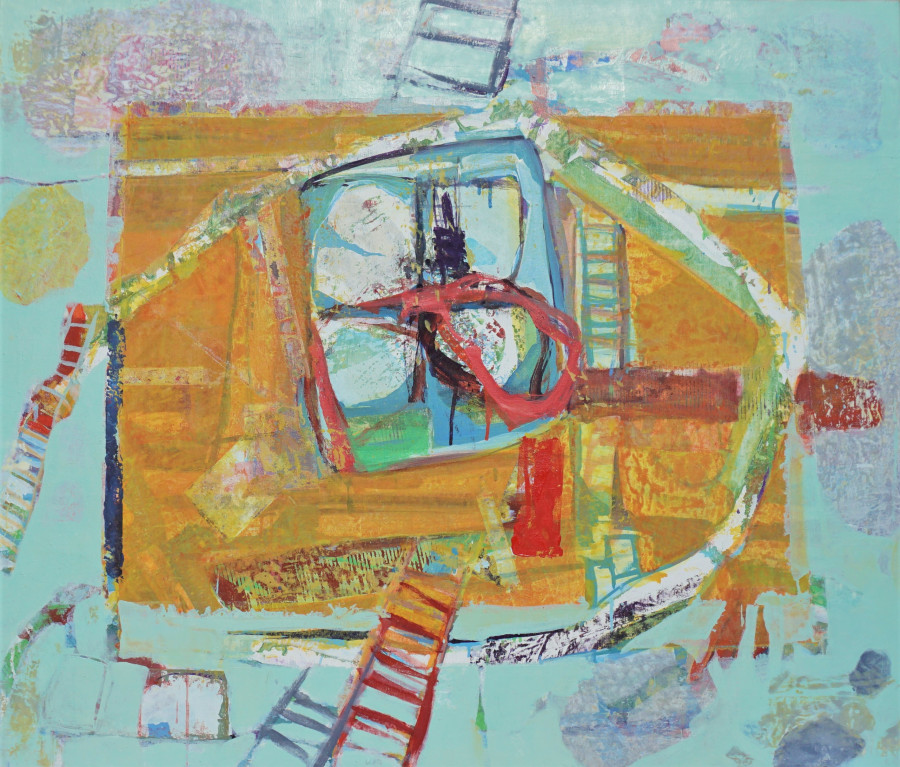 Painted in 1961, The Fly shows off some of Neuman’s earliest experiments with artistic techniques that would come to define his work. Look closely and you’ll see shapes stamped with everyday objects and the outlines of masking tape that accent the flow of the composition. Ladders also make one of their first appearances as a compositional element. They held deep meaning for Neuman as a symbol of transcendence and could be seen in his work for the rest of his life. 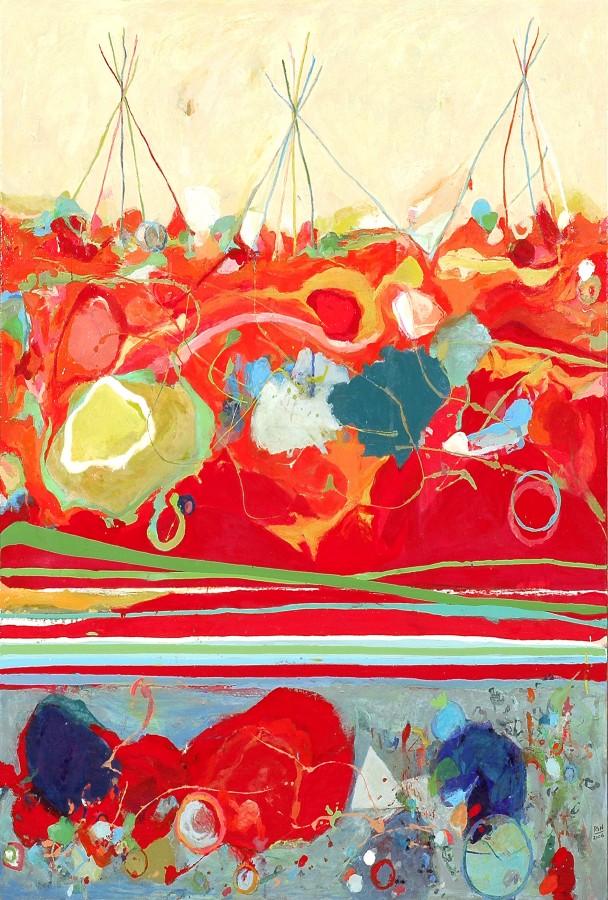 This work is named after Big Eagle, a significant leader in the Sioux tribe. He took part in the Dakota War of 1862, also known as the Sioux Uprising, where he was captured and given a death sentence. However, then-President Lincoln chose to pardon him due to his importance.

A traveling exhibition of thirty-five works from the Lame Deer series will launch in 2023, beginning at the Art Museum of Eastern Idaho.